The first record we have from the house, called l’Era d’en Bella, is at a historical book from Sant Llorenç de Morunys published in 1967. Our house was one of the few ones that were built outside the walled enclosure of the town.

The origin of the name comes from two different sides: On one hand, the place where the house is located it used to be a grain treshing floor. On the other hand, the surname of the owner’s house was “Bella”, that’s why the current name of “Era d’en Bella”. The literal translation is Bella’s place. 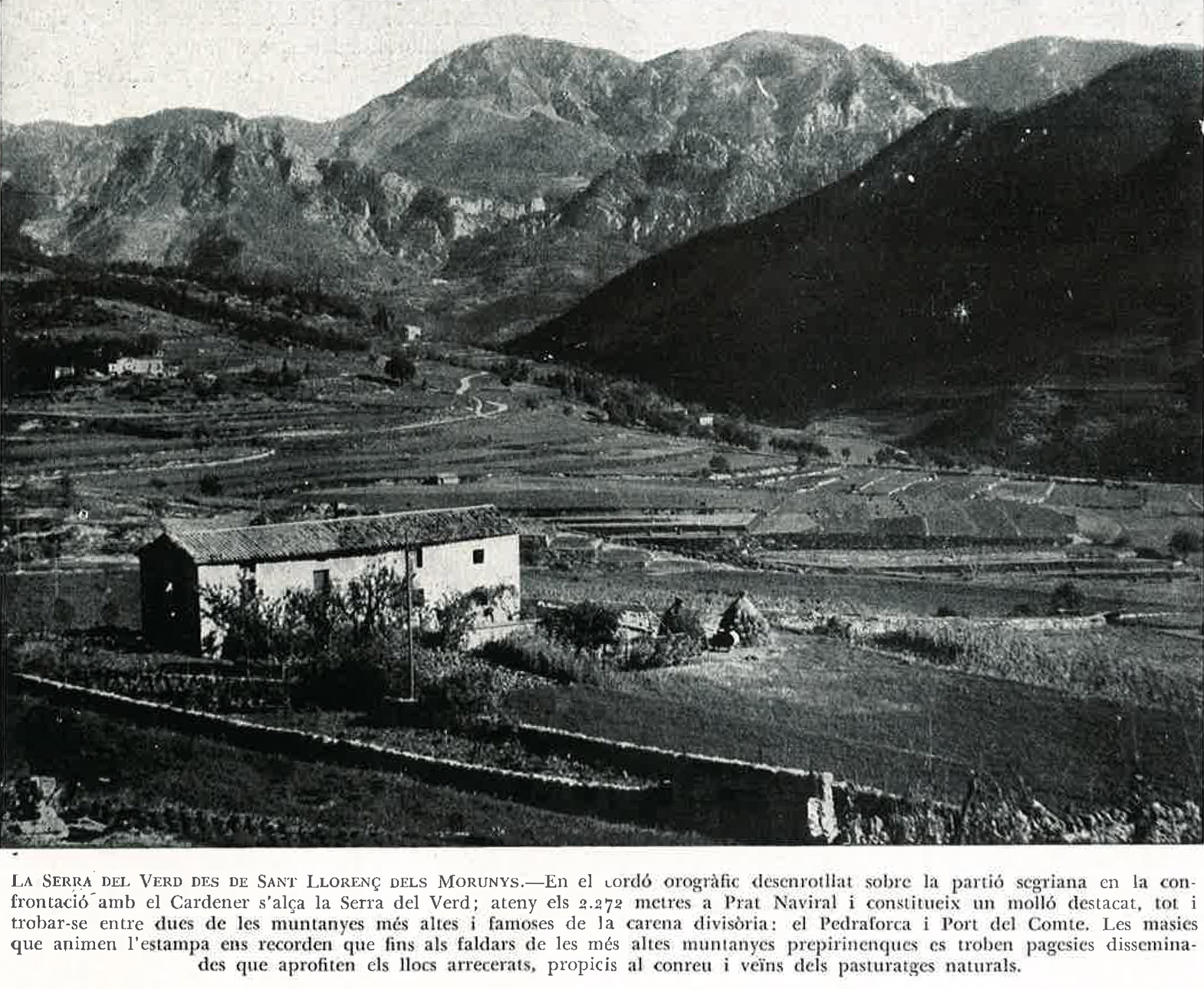 In the picture above, we can see the Era d’en Bella house in the foreground, two straw piles on the right, and a grain winnowing machine between the two piles. This image has been collected from the book entitled “Les Terres Catalanes” by Pere Blasi (Aymà publisher, Barcelona 1954). The following picture is also from the same book. In this one, in addition to the house, you can also see a general view of the village of Sant Llorenç de Morunys. We also keep the descriptive texts of each picture from the aforementioned publication.

Our family comes from the country house called “Cal Felipó de la Corriu”, in the local municipality of Guixers. Our grandfather bought the house and land in 1929, so that, peasantry was his and his family source of livelihood. All our family have always been known by the name of the original house (Cal Felipó de la Corriu). This, it has led to the fact that the house of the L’Era d’en Bella is also known as “Cal Felipó”.

We, our generation, continue with the familiar roots of the cultivation of land. Currently, we have an ecological vegetable garden and ecological crops fields of fruit trees, mainly of mountain apple.

Since 2005, we also have rural tourism apartments with the aim of making everyone appreciate and respect for the land that has given us birth.

If you continue to use this site you accept the use of cookies. more information